More about this on: HEREERE 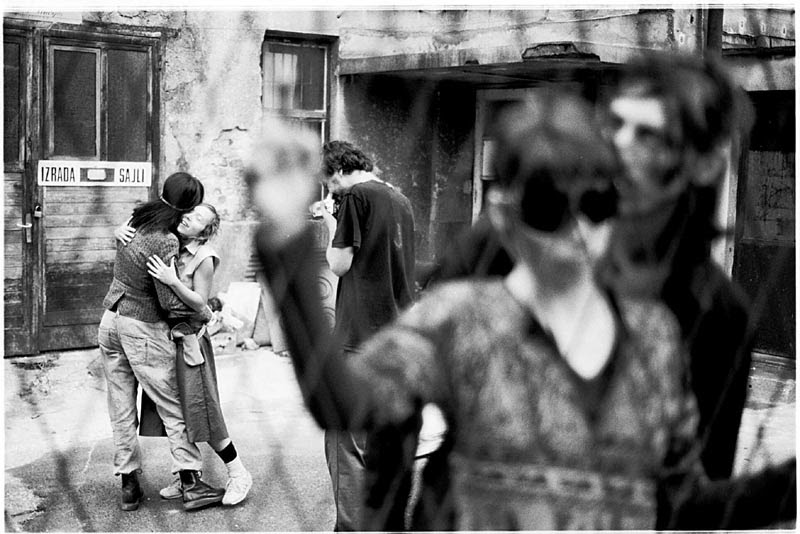 This year will be 10 years since we first time presented Ex-pozition in Zagreb
at Urban Festival 2005 at one very special place - the ex-factory Gorica (producing famous enamel pots and pans with elephant brand sign!).

In 2015. we will present this show again in Zagreb and several other Croatian
cities, but also abroad - in Czech Republic, Germany, Armenia, Macedonia and Slovenia.


**EX-POSITION was presented in Zagreb within the 7th Croatian Theatre Showcase on October 22nd and 23rd (2011) from 10.30am to 4 pm at the elementary school Dr. Ivan Marz in Rackoga street no.4. 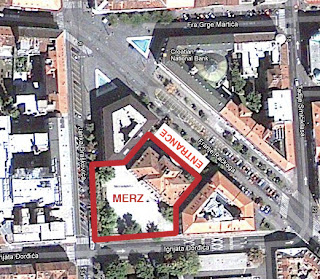 2010. TOUR SUCCESS:
00. The season 2010 for performance EX-POSITION finished on the second edition of the International Theater Festival INTERFERENCES on December 4th in Cluj-Napoca, Romania in Fabrica de Pensule Soon we will post critics from over the 30 Romanian and Hungarian radio, tv and press reviews on the show.

01 EX-POSITION was shown on May 28 and 29 on international festival Chemnitz- schonste blume des Ostens.


2009. TOUR SUCCESS:
01. Ex-position was the one of the main festival success in Subotica, Serbia on newly lunched international festival DESIRE. The performance was played in fantastic Liberty stile building in the core of the city - Ferenc Raichle Palace.

02. 5th CROATIAN THEATRE SHOWCASE, Zagreb, between November 5 – 9, 2009. presented to international programmers and artists a new version of Ex-position (with all 9 stories!!).

03. Exposition was performed twice at MKC (Multimedia cultural centre) in Split, Croatia on October 10 and 11. This was a total match between place, performace, audience and critics!!

05. EX-POSITION was also shown to international audience within Showcase programme of the conference PSI#15 (Performance Studies International) on June 26 and 27 (2009) in Zagreb, Croatia.


Ex-position was also performed in 2008. in Hungarian city Szeged on July 24th and 25th from 15h-19hon 18th international festival THEALTER. Soon we will post the translations of Hungarian critics. It was fantastic experience to be there!!

Thanks to all of you who were on our lasts shows in Zagreb on April 18, 19 and 20 - you were fantastic audience - again!!

4. Croatian theater showcase by ITI CROATIA - UNESCO, ZAGREB CROATIA
We thank all of you visited us on October 18 i 20, 2007, in the frame of the "Best of Croatian Theater" Showcase organised by The ITI-UNESCO Croatian Centre (International Theatre Institute).

41. BITEF, BELGRADE, SERBIA
Ex-position has won unanimously the Special Jury Award at the 41st International Theatre Festival BITEF in Belgrade, where it performed from September 27 to 29. It has also won the Second Audience Prize, being behind the first-prized performance by a narrow margine of 0,01%. For more information see http://www.bitef.co.yu. 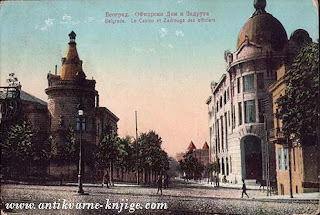 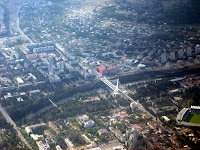 Thanks to everybody who payed us a visit in Bjelovar, Krizevci, Podgorica and Belgrade!!

Write to us at: bacaci_sjenki@europe.com

Last year, the Ministry of Culture of the Republic of Croatia has allocated a part of its budget for the experimental feature film Ex-position. . ( Financing the film industry in Croatia in 2006. ) The movie is our project based on the performance by the same name and same inspiration.

For all those first, second and third ones, a small reminder on the who’s, the what’s and the what for’s: The urban theatre project EX-POSITION is founded on the essay THE JUDGEMENT DAY BY the Italian philosopher Giorgio Agamben, at once drawing the inspiration from Kafka’s story LEGEND OF THE LAW. Besides these, there are numerous references that are interweaved in the performance: Jeunet’s movie Amélie Poulain, Walles’ Trial, Shakespeare’s King Lear, along with previous projects of Shadow Casters. EX-POSITION is the second part of the trilogy PROCESS_CITY that was launched in 2004 with its third part, PROCESS_IN_PROGRESS at the 13th Croatian FIlm Days.

SHADOW CASTERS (BACACI SJENKI) is a non-profit international artistic and production platform for interdisciplinary collaboration, creatin and reflection of intermedia arts. One of the main focuses of their work is dealing with urban space through various artistic interventions and projects. Up to this day, SHADOW CASTERS have realised the following projects: Shadow Casters, Process_in_Progress (process_city 03), Man is Space: Vitic_Dances, Re-collecting City, Re-collecting Time and Ex-position (process_city 02). 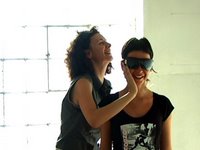